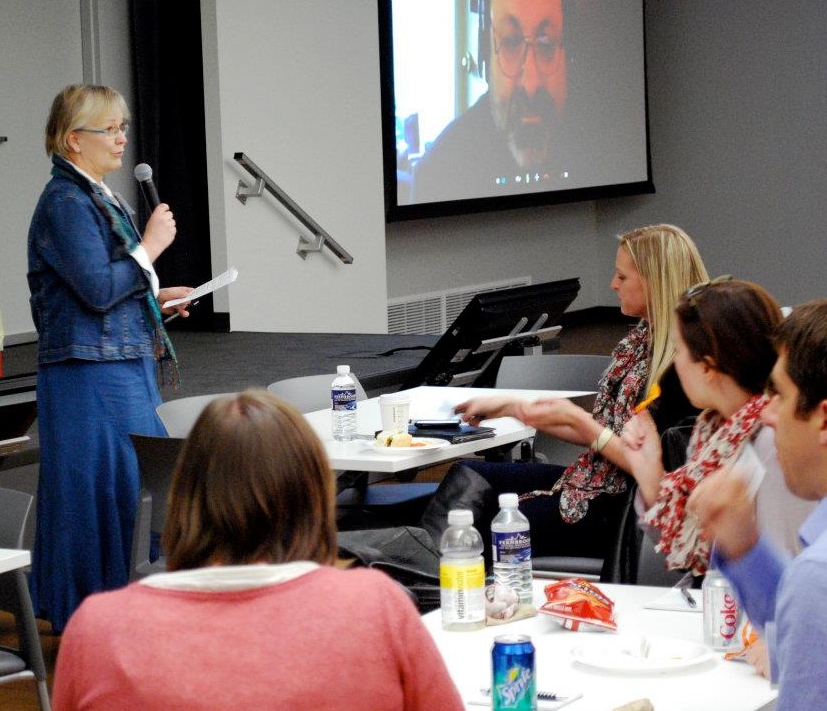 I just announced that the next session of my Speaker Circles program is open for registration. Having the program ready is, on its own, enough to make me joyful.

But it gets better.

One of the members of the program’s Beta group, calls my speaker coaching “an introvert’s secret weapon.”

She wrote, “Sue’s helped me overcome my timidness in personal and group discussions without making me feel like I have to act like someone I’m not.”

As a coach, it’s always gratifying to learn that someone has gained from our work together. And it’s nice to hear that program does what it is supposed to.

More than that, it reinforces my strongly held belief that coaching is a true collaboration.

While I may or may not be “an introvert’s secret weapon,” she’s definitely “a coach’s ideal client.” She lets herself try new things even when they’re deeply uncomfortable. When I first met her, speaking was very uncomfortable. (We have the video to prove it.) Still, she was willing to try new things, to test her limits, to override the inner critic that keeps us where we are. She trusted an inner voice that told her she had something important to say. And she does. And now people are hearing it at networking and professional development events throughout our region.

Passion and purpose helped her expand her comfort zone, along with a little help from her coach and a friendly audience of other learners.

And that brings me to a second idea about collaboration – the power of a group. I’ve led or been a member of dozens of coaching and learning groups. They prove the rule that the whole is greater than the sum of its parts. There’s an energy that’s almost magical when several people who share a common goal work together so that everyone succeeds. Ideas abound. Feedback is kind and helpful. Not only that, it’s fun.

I’m excited about this program. Grateful to my clients for suggesting I take it public. Glad to have found a conference room I can book for six consecutive weeks. (Thank you Treehaus.)