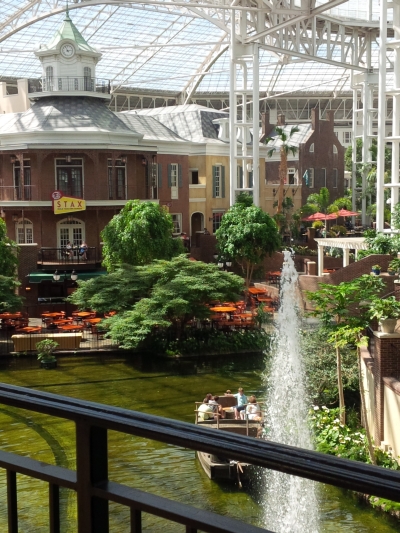 So what did I take away from this adventure that might be useful for readers of this blog?

I was impressed by how many sessions there were on non-technical topics, such as interpersonal skills, personal development and leadership, and how well attended they were. For example, I made 40 copies of my session handout and considered that optimistic for a session on communication. Twice that number showed up. Between sessions, words like “empathy” and “conflict” bounced around as easily as “estimates” and “value.”

I interpret this as a signal that business (at least this crowd) is getting the message that, at work, we’re dealing with humans, not resources. At last!

One of the first sessions I attended was with Linda Rising who spoke about the effect of mindset on our abilities. She cited fascinating research suggesting the benefits of a flexible mind in helping us hone our capacity to learn and change. It was inspiring to meet a woman of her generation (she’s 71) still actively learning and changing, and impacting the business world through her speaking and writing.

There’s a comfortable maturity about the agile crowd, regardless of chronological age. They’re quietly smart, rather than bombastic defenders of their opinions. When they disagree, discussions tend to be conversations, not debates. Even when they’re being immature – see Honky Tonks, above – agilists get invited back.

The art of imagining oneself in someone else’s shoes is a key element of emotional intelligence. While some people seem to have a natural knack for it, it’s a skill that can be learned and agilists want to learn it. The topic of empathy came up frequently in presentations and conversations at Agile 2013. I may have been sensitive to it, since using an empathy map to plan a conversation was one of the exercises in our session, but it seemed to pop up everywhere.

Jean Tabaka spoke of designing empathy into the customer experience.  Gil Broza spoke about the Curious, Present and Empathetic Coach.  Chris Sims addressed it in his session on empathetic listening.  Johanna Rothman spoke of empathy (and many other things) while we enjoyed a wonderful dinner. Christopher Avery alluded to it when he spoke about communicating with executives.

Just as empathy for the user is a key success factor in building usable software – or creating any good user experience – it’s a prerequisite for a successful conversation. I’m delighted to see so many people exploring and promoting it.

As a business owner I’m exposed to the analytics available for communication campaigns, videos, social media, web sites and marketing initiatives. As a frequent judge of communication awards, I’m very familiar with the need to make plans based on market data and to measure results after communication. And both Forbes and Fortune have been advising anyone who wants a job in the future to understand data.

Watching a vendor demo for LeanKit, a service that makes project workflow visible, showed me what can happen when you track and use data in real time. You can get an amazing picture of what’s going on now or what might happen if you change something. Making work visible is one of the cool practices in agile. For knowledge workers, it can provide a sense of progress, even accomplishment. For decision makers, it’s useful intelligence.

One of the conference receptions was my first exposure to an all-you-can-eat guacamole bar. It had a full time attendant dutifully mashing and mixing and producing indecent quantities of this green fantasy. I recall nothing else about that evening.

Earlier in the week, at the Wildhorse Saloon, I tried what is supposed to be a Nashville delicacy, deep fried pickles. These battered and bubbled slices aren’t nearly as weird as you might imagine. And they went very well with the fried green tomatoes and fried chicken and deep fried . . . well, you get the picture. After a meal like that, we truly needed the dance floor and a rocking band to work it off.

Some of the individual sessions I attended merit a full post and I’ll be sharing those in the days to come.

The conference left me – and, no doubt, some others – exhausted and overstimulated, like a little kid at Disney World. The 11-hour drive, from Nashville to Waterloo (beautiful scenery, beautiful roads) provided a chance to decompress and reflect. And speaking of Disney World, Agile 2014 is in Orlando. Will I go again? In a heartbeat.