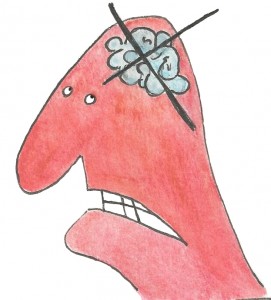 CERTAINTY – The brain that sees change as danger likes to know what’s coming. A reliable pattern signals safety. Letting people know what’s ahead helps. You might let them know how the conversation will go. “Let’s hear your view of things. Then I’ll share mine. And we’ll decide together how to handle this.” “We’ll brainstorm for 20 minutes or so, then I’ll make the decision.” Simply stating the objectives of a meeting can go a long way to removing uncertainty. If you’re like most people, you want to know why you’re in a meeting so you know how to behave.

AUTONOMY – Few of us like being told what to do and how to do it. We like to feel we have some control over what we’re doing or some choice about what happens. In a conversation, you can provide autonomy by allowing the other person to choose when and where to talk. They might also choose what to talk about first and what outcome they want from the conversation. (That’s one reason Lean Coffee works so well.)

RELATEDNESS – This is about whether someone is one of us, a member of our tribe, friend or foe. The decision about someone’s affinity or belonging affects how we think and feel about them. It’s hard to feel empathy for someone we think is our competitor. Trust is stronger when we feel someone else is part of our group. In conversations, to increase relatedness, look for what you have in common, shared objectives, similar goals. And use “we” language, rather than the language of “I” and “you.”

FAIRNESS – When we think about fairness, we may picture a petulant four-year-old stamping her foot and saying, “That’s not fair!” Yet fairness is a strong motivator in adults, too. The perception that something is unfair can trigger negative emotions, including disgust and a reduction in empathy. Transparency can minimize the negative impact of perceived unfairness. Let people know what’s going on and why.

SCARF may look like a big, long process, but it’s actually more of a checklist. Ask yourself if the other(s) in your conversation might feel a threat from each of the elements. Then ask yourself what you can do to reduce the threat.